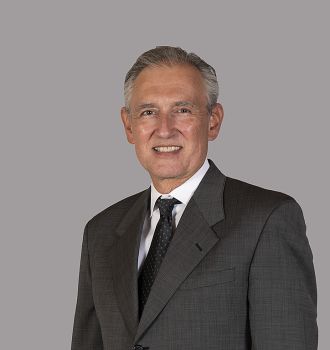 Daniel specializes in litigating personal injury matters with a focus on creative and zealous results for his clients. He has represented both insurers and injured clients since 1984, though exclusively plaintiff-side since 1990. He has practiced in many areas of the law, but has limited his practice since 2000 to personal injury, insurance and workers compensation.

Throughout his career, Daniel has served in legal, judicial and civic positions of leadership. He has been recognized by his peers as a “Super Lawyer”, and serves on the amicus committee of the Utah Association for Justice. Daniel has won numerous landmark appellate cases, including Bylsma v. R.C.Willey which establishes the right of Utahns to sue retailers for defective and dangerous products.

"I'll use my experience and knowledge of the industry to fight fiercely on your behalf."

Daniel has lived most of his life in Utah. He grew up in Utah County and Wasatch County, graduating from Orem High School. He attended both the University of Utah and Brigham Young University as an undergraduate, graduating from BYU law school in 1984. He earned academic distinction in law school, given the Order of the Coif. In his spare time, he enjoys running, having completed the Boston Marathon twice, Pikes Peak trail marathon, and Moab MAS trail ultramarathon.